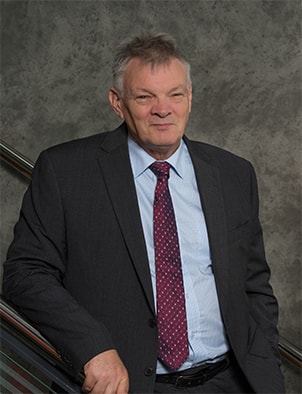 Looking for a criminal lawyer with a very high degree of professional experience and at an affordable legal cost and who will fight for your right to be dealt with fairly? Then you should take advantage of a free first interview with our principal, Bill Morris.

It was Bill’s experience as a Magistrate, overseeing many civil and criminal cases, which reinforced with him that the biggest barrier to ordinary hard-working people obtaining justice was the cost of legal advice and representation.

In 2013 Bill left the Magistracy and founded Northside Lawyers with the goal of providing low cost legal solutions to the public. Bill’s approach is to advise you at the outset of your prospects for success based on your instructions, and the estimated legal costs of dealing with your matter.

Without fear of contradiction we can say that Bill charges a very low hourly rate for a criminal lawyer of his calibre.  His experience, legal skills and knowledge are invaluable. His years of service as a Magistrate, deciding the outcome of both civil and criminal law prosecutions, gives him a unique insight and an ability to provide you with a realistic assessment of your matter before you embark upon incurring any legal expense.

Bill is well-respected and well-known within the legal and general community. He is often invited as a guest and after-dinner speaker by special interest community groups. Bill also has made presentations at conferences to other lawyers in relation to representation of clients in Magistrates Courts.

In 2012 Bill was invited to be interviewed on ABC Radio in program ‘Conversations with Richard Fidler’. If knowing a lot about your lawyer and his personal background before you commit to him or her is important to you, then you might be interested in listening to this interview.